Learn more about Solodev's core scripts and the use cases for fileparse.php.

Solodev includes several built-in scripts which accomplish more extended functionality and help developers get the most out of the Solodev CMS system. This document will discuss fileparse.php script. This script acquires the file path of a resource on the Solodev filesystem for use on the frontend of the site. Generally used in relation to images stored in the web files folder, fileparse.php is used to construct source URLs for “<a>”, “<img>”, “<script>”, and “<link>” tags.

When a user uploads an image using the WYSIWYG editor, Solodev automatically places the image in an _Assets folder that is a peer to a specific page. 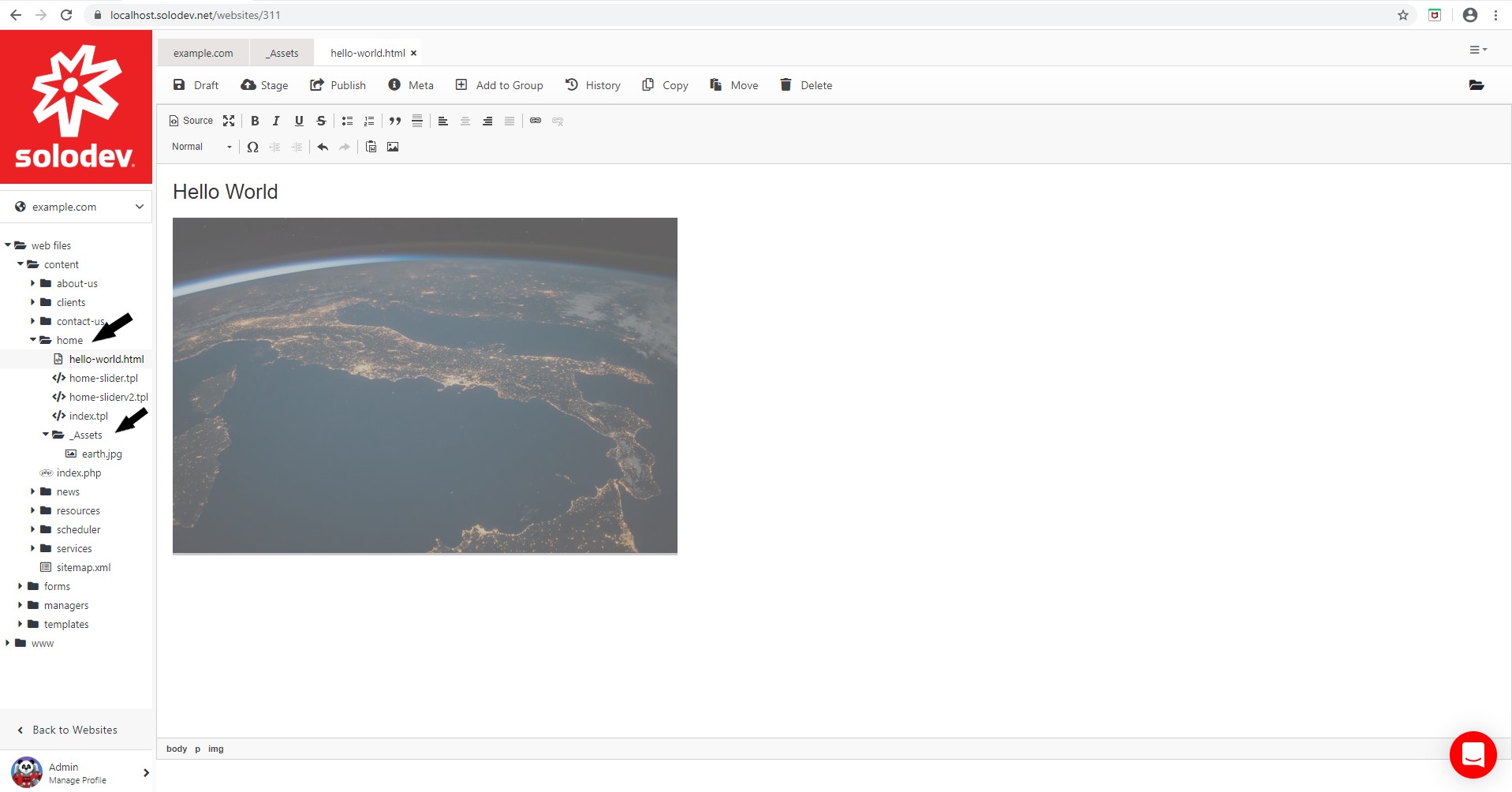 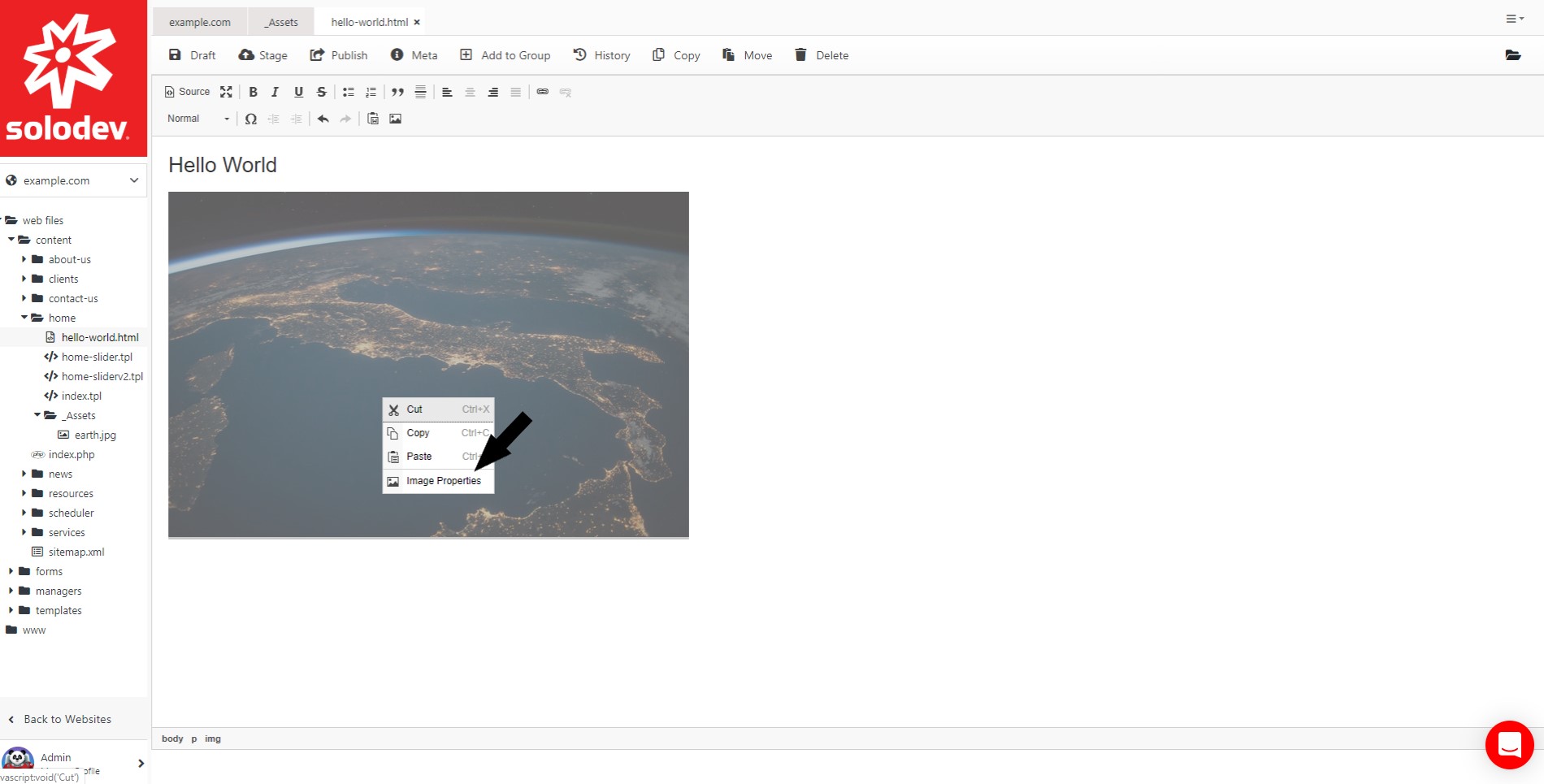 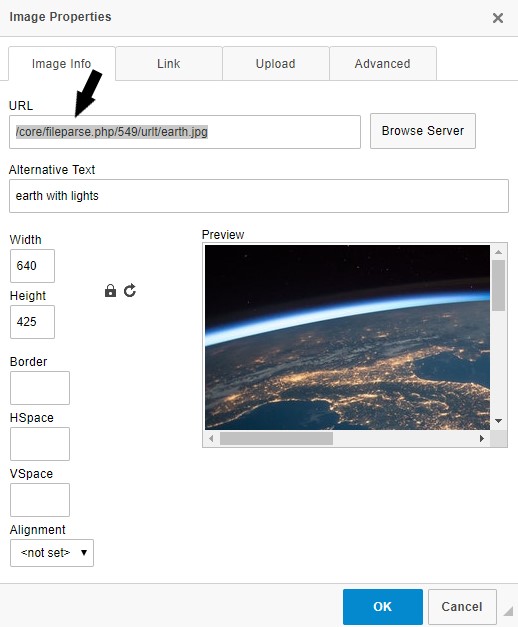 The reference "fileparse.php" is simply a built-in script that gets the URL of a specific folder ID. In this example, the folder has an ID of 549. The fileparse.php script returns the path to the specified folder and then finds the asset name. 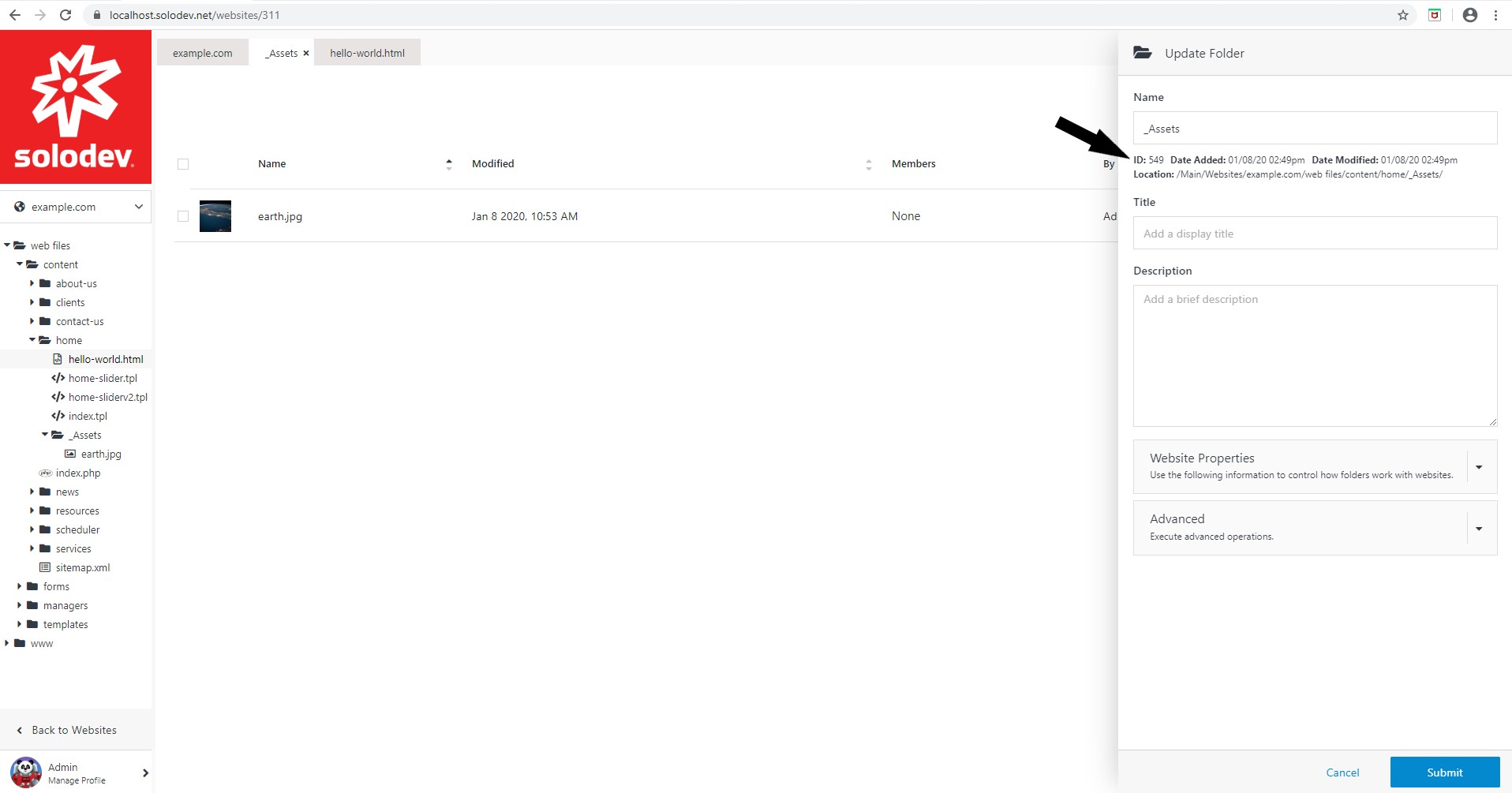 The user can reference the earth.jpg image elsewhere on the Solodev site in an image tag by using the source path listed above:

There are situations where the user needs to upload an image or asset outside of the WYSIWYG editor (for example, .tpl files or modules). For these situations the user can upload the files directly to an _Assets folder using Add File or Upload in the toolbar and use the fileparse.php method to create the asset’ source path.

Did this answer your question?